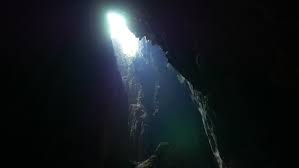 Star wars is very popular with many theories and lore. Some people have theories, but this story is not a theory nor lore. I make this to entertain my audience, and give hope to others when they are in darkness.

After the rubble was moved, I saw a sight only a miracle could describe. The first face I saw was, Grum-Da. He help me get Satine’s body out of the hole, than he got me out. I looked up and all I saw was construction and kids playing. I asked him what happen. He told me I was buried for over a month an a half. I was astonished, it felt like two weeks, at most a month. Than he told me, Satine’s sister rallied more troops and quelled out the remaining resistance. It took over two weeks to find out what happen to me. They told me they saw someone running with a body and thought it was me. As soon as they were trying to reach them, a building fell and squashed them. The morale fell a little, but than Huf-Tra saw a body move, went down and investigated. It was the man running, and we all found out it wasn’t me, so they kept fighting till they were able to look for me. As we were talking, we were heading to the main operating base. We stopped by a barracks and he introduced me to the man they thought was me. His name was Dur-Og, and he wanted to join to fight the enemy. he heard of my accomplishments and said it was an honor to meet a hero. “A hero”, words I never would have thought to hear. We continued, and Grum-Da told me how they figured out where I was, it was all just a hunch the new leader had. We were at the entrance to the main tent, and we were going through he told me the name of the new leader. As he said it I saw a friend and a love, and it as also the new leader whose eyes met mine. It was Nova, my crush and my childhood friend. The new leader of Mandalore.