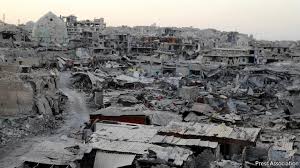 This story is about a fictional character but actual characters. This is made up and the interactions never happened. As well, none of this is lore to the star wars universe.

As I was underneath the rubble, I heard noises. The noises were faint. I think I am probably hundreds of feet underneath. I am able to shift to make room for me, I created a space large enough for me o sit up. I looked around and I am inside a system of what looks like caves but is probably caverns created by the rubble. I started to explore and I found Satine’s body. All the sorrow and fear came rushing in and I just fell, fell to the ground. When I was buried it was dark, I estimate it is late morning or early afternoon. I do not have any sense of time. After what seemed like days, all the noises stopped. I kept listening but nothing, and I fear the fighting stopped. I fear we lost and Darth Maul is leading the planet once more. The whole time, I’m just holding on to Satine’s body because my last mission was to secure her body and bring back to her sister. I will complete my mission till I die. Even when all hope is gone, I will keep to my mission and complete it. After what seemed like a week, I started to hear more noises, it was yelling and screaming. In the darkness, there was nothing. After the yelling, there was light. I was doomed, or at least that was what I thought.